It is hard to disagree that one of the most charismatic and beloved evil characters is Joker. We know him from the Batman movies where he shown the best example of a trickster character. He is dubious and that is why – interesting. Joker seems to be a pure implementation of evil, but look at the way he behaves. In most cases, his evil deeds are grounded in pretty noble ideas. Still, these ideas are rather marginal and they don’t support the social order. 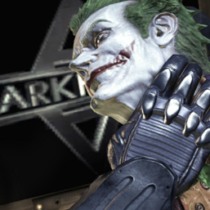 2
Batman and Joker. Fix my Tiles 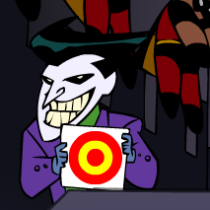 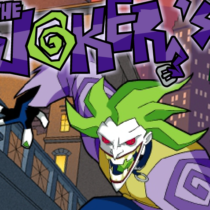 Well, that is why he is perceived as an evil guy. The one who tries to ruin a social order (even if he has ideals and believes that his actions will improve everything) is an enemy. Some philosophical badass characters like Joker believe that the existing world order doesn’t bring anything good. And well, when you meet them a bit closer and learn more about their thoughts, you usually cannot deny them being smart and logical. Joker is exactly this type of character.

In most video games, you play for a protagonist – the main good guy – the one who fights for everything good and defeats everything evil. However, such characters as Joker make the boundaries between good and evil a bit unclear. They usually test the order as it is, bringing a certain degree of uncertainty which has a potential to influence your own ideas as well as protagonist’s. We learn something from them and maybe the world won’t be so complete and wonderful if such characters as Joker didn’t show off. If you are a fan of him, then you probably always wanted to feel yourself like he does. Now you finally have such an opportunity because we have prepared a collection of games where you will play for Joker and find more about him and his ideas from within. This is your perfect chance to understand the wide variety of representations of good and evil and find your own way to perceive them through a famous comics’ hero.

So in this section you will find a number of games and one of them is called Jokers Escape. Here you will find yourself in a pretty dangerous situation. After another implemented plan, Joker needs to run away and hide as fast as possible before Batman uncovers him. However, Batman is fast and witty, so you need to find a way to escape or you will find yourself caught. Use the air space to run away. Also, try a shooting game called Batman Hits Joker. Here you will have to aim at precisely at Joker and try to hit him with your bullet. In the puzzle game Batman and Joker: Fix My Tiles you will have to recreate the scene of the fight between these two characters. Place the pieces where they belong and see what you’ll get in the end! The image depicts a culmination of their fight: a moment when Batman holds Joker by his neck, while the nasty trickster is smiling like a predator right at his face. The other game you cannot miss is made in Lego style and here you play for Batman who tries to catch Joker one more time. As you know, Joker likes to have fun and his fantasy has no limits. This time, he tries to run away after his another plan was ruined, but… he has a bunch of balloons filled with gas to fly high. Pop the balloons and catch him if you can!