Do you think you’ve already played all the great horror games? You’re wrong if you haven’t tried Evil Nun! This game will put you into a rather grim school by the church where you’ll be pursued by a crazy nun. She wants to drive a dagger into your heart and sacrifice you in some sort of a dark ritual. To avoid this, you need to get out in just five days. Can you do that? 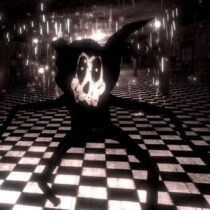 2
Skelety In The Park Of Nightmares 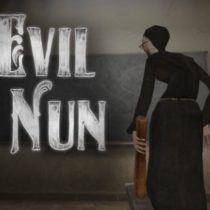 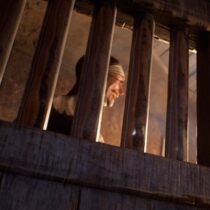 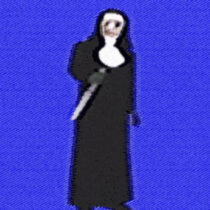 4
Night Of The Nun 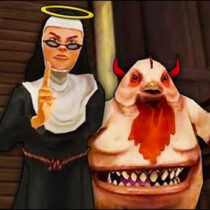 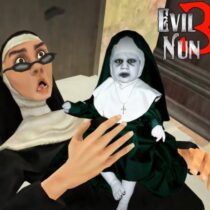 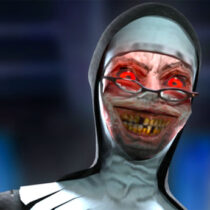 9
Evil Nun: Horror in the School 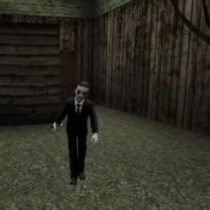 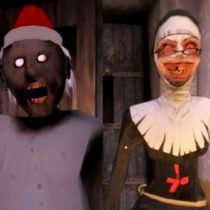 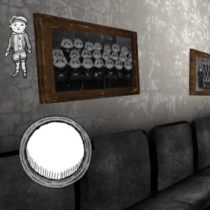 It’s a creepy church, you’d better get out!

From the very first minutes of the game, you will be immersed in a rather creepy atmosphere. It’s dark and scary around, you can see traces of blood on the furniture some of which is overturned. The school is large enough, there is no map in the game, so it will be difficult to navigate at first. There are several locations you have to explore, including the two floors of the church, the parking lot and the cemetery. Each of them may include useful items, so it’s advisable to go through the whole map rather than focus on just parts of it. You can never know where you are going to find another key or important clue that will help you figure out what to do next.

The game has several difficulty levels, as well as a “rating” mode in which you can compete with other players for the time during which you managed get out of school. You can give the main character any name, this, of course, will not facilitate the passage, but still. The hero is unarmed, he can only interact with various game items, hide in cabinets and drawers, and crawl. He can only carry one object in his hands. So if you have to drop something that you think you might need later, you’d better remember where you left it.

Stay away from the nun!

The main villain of the game is a nun who will prevent the player from escaping the school. The nun is armed, she can crawl and open cabinets, so it’s best to avoid her in every possible way. She also has a good ear, and if the player throws an object, the nun will quickly come running to the noise. The same concerns the creaking floorboards, so try to move around the building as quietly as you can. Luckily, you can still avoid meeting your enemy by quickly hiding somewhere – for instance, under a bed or in a closet.

Although the nun is hunting you at the moment, you’re not the only kid trapped at the school. You can also find other children in the basement. Depending on whether you decide to save your own skin and run away on your own or also rescue the other kids, there can be different endings in the game. This also adds certain replay value since the story may end up differently every time depending on how exactly you play it and the choices you make.

The game has a special shop that can make the passage a little easier. Coins for the shop are scattered throughout the school, in different places, they must be picked up. It’s where you can purchase various items that will help you in your struggle and may even arm you against the nun. You can’t kill you, but she can be stunned for a few seconds which will be enough for you to maximize the distance between you and this scary character. Start playing right now and enjoy the thrilling emotions!