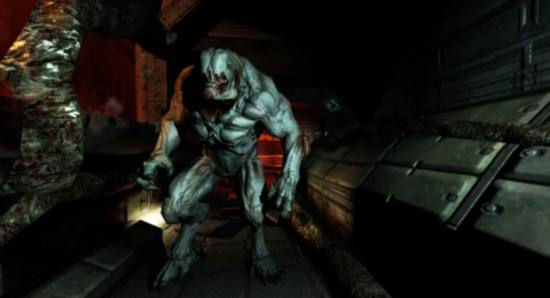 After Doom 3 suddenly launched on a number of platforms recently, many users finally got the chance to finish this legendary game. Most of us were kids when the shooter was first released on PC. But now, as we got older and more nonchalant, ready to face all the dangers and challenge all the demons, we can eventually see what’s waiting for us in the end.

If you remember that time almost 15 years ago, you can probably relate to that atmosphere of dread and danger that surrounded you every step of the way. As you started playing, you grew more and more anxious. The feeling of paranoia wouldn’t let go of you. It seemed there was something terrible watching you, lingering very close yet out of sight and ready to make a deadly jump from around the corner every minute of the gameplay. At some point, it would mount to sheer panic.

And even today, when those scared little teenagers became bearded dudes with a stable nervous system, playing Doom 4 Eternal is no less frightening. After the first half an hour, you feel like you need a break and your fingers are still trembling as you pour yourself a cup of coffee. One of the most disturbing things is the darkness. The only way to illuminate something with a flashlight is to put down your weapon. So whenever you need to look into some dark corner, you have to venture their without any protection. And if there is another ferocious creature waiting for you there, you have to drop the only source of light and shoot at random, hoping that you don’t miss. Such fighting setting can surely make you sweat in terror. And since basically the entire game is like this, you can’t relax even for a second. You keep getting tenser and tenser until you finally feel you can’t take it anymore and walk away just to catch your breath for a while. 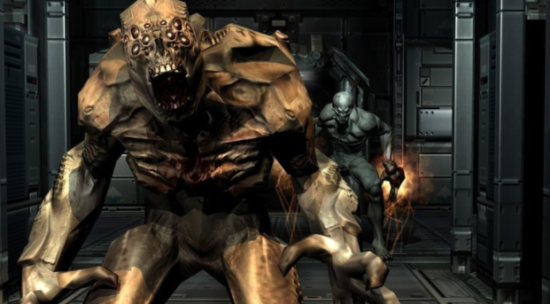 Technically, such a powerful effect is explained by a series of graphical tweaks added by the developers who strived to make the game as atmospheric as possible. Well, they surely succeeded in it. Complex visuals, dynamic lighting and stencil shadows all work marvelously to create a spooky picture. There are plenty of animations showing monsters attacking you from behind or simply creeping by. At the right moment, seeing something like that can send your pulse into the stratosphere. That’s no surprise – the plot of Doom 4 Eternal in 2019 was created by Matthew Costello, a professional sci-fi writer. It’s like a mix of ‘Aliens’ and ‘Night of the Living Dead.’

If you’re brave enough, you can play through to the point where you enter Hell. And this is the most unsettling, scary part of Doom 4. You suddenly fall into a whirlpool of yells and fire, disgusting and horrible demons – something you could only see in your worst nightmares. You also lose your weapon and get it back only later, with very little ammo to defend yourself. The urge to shut down the game and never return to it can be too much at this moment. Being surrounded by so much pain and danger can make even an adult fidget and shake in one’s computer chair, let alone a 13-year-old guy. 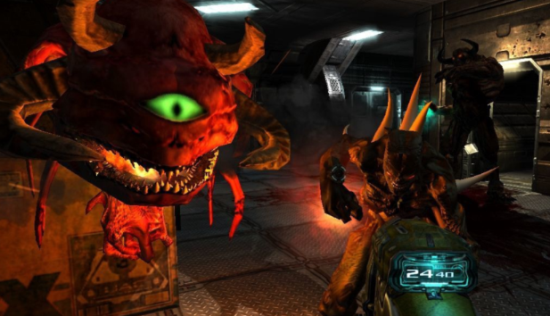 Anyway, when you get back in your old tracks, even after a long period of time, you can’t get rid of that creepy nostalgic shiver running down your spine as you walk down those same dark corridors and go through the same terrifying experience taken aback by some particularly abominable monster. Doom 3 is one of rare games that stun us with a truly gruesome, frightening ambience and make it a challenge not only to beat all the hard parts of the gameplay, but even to just keep playing further. If you want to test your nerves and will or simply end the unfinished business of your teens, it’s definitely a must-try for you!